Sarah Palin’s Hypocrisy Is Bad For Your Health 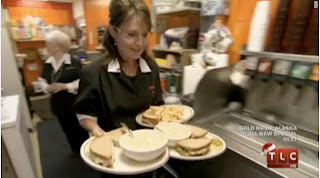 (Cross-posted from The Corner Tavern.)

Oh, sure. I know it’s just politics. I know former Alaska Gov. Sarah Palin is purposefully divisive, using the stage she’s been given not to edify the public or to advocate for the good of the country but to whip her base into an anti-Obama frenzy – maybe to increase her chances to win the 2012 Republican presidential nomination, maybe just to line her own pockets. But either way, it’s nothing personal. Right?

But is that really the way we want our political leaders to behave? Or perhaps I should ask, is that the way we want our media phenomena to behave, since that’s an apter description of the woman who quit her one term as Alaska governor half-way through to sell books and do reality television. Because sometimes the way political creatures like Sarah Palin behave can be harmful to your health.

(CNN) – Sarah Palin is again taking aim at Michelle Obama over her anti-obesity campaign, taking the opportunity in Sunday’s “Sarah Palin’s Alaska” to land a diss against the first lady’s efforts to improve nutrition.

While making s’mores at one point during Sunday’s episode, the former Alaska governor proclaims the marshmallow and chocolate treat is “in honor of Michelle Obama, who said the other day we should not have dessert.”

It’s not the first time Palin has taken a job at Mrs. Obama over her campaign to discourage fattening foods, especially from public schools. The former vice presidential nominee told conservative talk radio host Laura Ingraham last month that “the first lady cannot trust parents to make decisions for their own children, for their own families in what we should eat.”

Palin also hand-delivered cookies to a Pennsylvania school last month before delivering a speech there, saying: “Who should be deciding what I eat? Should it be government or should it be parents? It should be the parents.”

Of course, one might ask when, exactly, did Ms. Obama suggest that the government should tell parents what to feed their children – because she hasn’t. Ever, so far as I can tell. She’s tried toeducate kids and their parents about nutrition and exercise so that they can make better individual choices about what they eat and how they live. And she lobbied for the Healthy, Hunger-Free Kids Act, the purpose of which is to require school districts to provide healthier food for kids so that if parents choose to have their kids eat school lunches, or if parents can’t afford to provide lunches to their kids and have to rely on the meals provided by their local schools, their kids have healthier options. So, in fact, all Michelle Obama’s ever done is to give parents information so that they can make informed decisions about diet and exercise, and to give them healthy options for school lunches so that they can choose to have their kids eat healthier meals in school. All of which is about choice – the very thing Sarah Palin claims to believe in.

Yet I’ve never – never – heard anyone on the right (or the left, for that matter) complain about the President’s Council on Physical Fitness, or the President’s Challenge, or the President’s Active Lifestyle Award. Ever. All those years when I was a kid in the 1960s and ’70s, when we had to take those President’s Physical Fitness tests, counting how many sit ups and push ups and pull ups we could do, no one ever suggested Pres. Nixon or Ford or Carter was trying to dictate anything to our parents, or trying to deprive them of their right to make decisions for their kids. Because they weren’t; Pres. Nixon and Ford and Carter weren’t doing anything nefarious at all – they were doing the one thing Americans once uniformly agreed the presidentought to do: Encouraging, not dictating, good personal habits.

But now that a moderately liberal (and African American) President and First Lady occupy the White House, all of the sudden, out of the clear blue sky, the idea that the First Lady would use her public position to encourage kids to eat healthy and to exercise – now it’s a reason for Sarah Palin and other conservatives to cry foul. When nobody ever complained about any previous administration doing essentially the same thing through the President’s Council on Physical Fitness. For more than fifty years.

And don’t kid yourself. It’s hypocrisy that’s not without serious consequences.

Earlier today I mentioned Sarah Palin’s attacks on Michelle Obama to my wife, who’s a food blogger, and she quickly referred me to the Trust for America’s Health, an organization that gathers health statistics from around the country. The Trust for America’s Health reports that 30% of kids in 30 U.S. states are obese, and 75% of kids who are overweight as kids will also be overweight as adults – which will cost something like $145 billion a year in healthcare costs for people who are overweight. But that doesn’t stop Sarah Palin from attacking Michelle Obama’s efforts to reverse that trend. And she – Palin – does it for base political purposes. Or self-aggrandizement.

Yeah. That’s kind of what I thought. 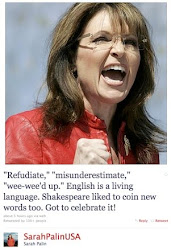